Take Care of Your Kids, Let's Have Nurin Alert 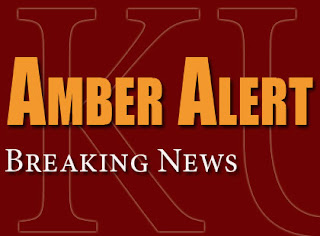 By NURAINA A SAMAD

I don't know whether at this point in time following the brutal murder of eight year-old Nurin Jazlin, there is any effort to discuss measures to save abducted children, or even plans to provide safety guidelines for parents and children.

Again...stop criminalising parents for negligence. I cannot agree more with NST columnist Johan Jaafar here. We keep doing that and we will get nowhere near finding a long-term solution to helping kids like Nurin in the future.

I think the relevant agencies should start working to educate society and to create awareness on safety for our children. They should get assistance from professionals and experts in this area.

We claim to be no longer a Third World country, then, we should start having a progressive mindset in dealing with this problem. We can always look to successful models and programmes in other countries.

Our blog sister, Farina of Princessjournals who mentioned Amber Alert when commenting about Nurin's abduction and murder in my earlier posting, came out with her own list (of do's and don'ts), inspired, I am sure, by her current American experience.(Ahirudin Attan (Rocky's Bru) has suggested that a Malaysian Amber Alert be called Nurin Alert, in memory of Nurin. )

The guidelines are taught to families in the US. For (some of) them to be followed here in Malaysia, a mindset change is needed, which is absolutely not impossible.
But it has to start with education and awareness on why these are necessary -- for the safety of our children and to prevent another Nurin tragedy.

We cannot let Nurin's tragic end remain just a memory that will dissipate and disappear with time. She did not die in vain, for us to forget that it may happen again, as I know it surely will. Should we continue with our lives as though everything is back to normal and hunky-dory and, yeah, yeah, life goes on?

I am strongly for Amber Alert, as is another blogger, Tembam, a former journalist who visited my posting on Nurin and the relevance of Amber Alert. Tembam who supported the need for an Amber Alert in this country, has been posting about Nurin and the Nurin-after situation with passion, vigour and a little bit of anger. Thank you, Tembam.

If we had an Amber Alert already in place, let me tell you, those murderers would not have got away with what they did to Nurin.

Amber stands for America's Missing Broadcast Emergency Response. But it is also the name of the child who was kidnapped and brutally murdered in Arlington, Texas in 1996. The tragedy of nine year-old Amber Hagerman shocked America and caused public outrage. Amber Alert came into being. The concept has been embraced by all segments of society and has saved the livesof hundreds of children.

Here is what it's about:
The Amber Alert is a critical missing child response program that utilizes the resources of law enforcement and media to notify the public when children are kidnapped by predators. Although the scope of the Amber Alert varies, the criteria for activation are fairly consistent. Whether it is a local, regional or statewide program, law enforcement activates an Amber Alert by notifying broadcast media with relevant identifying and case information when circumstances meets the following criteria:

Once they receive the Amber Alert radio and television stations interrupt regularly scheduled programming to notify the public that a child has been kidnapped. Because 95% of all people driving in their cars listen to the radio, this is an extremely effective way of providing descriptions of the child, the kidnapper, vehicles or accomplices.

Besides turning the public into instant investigators when children are kidnapped, benefits of the Amber Alert include:

1. It is free;
2. It encourages participation between natural adversaries, law enforcement and media by drawing on their inherent strengths;
3. It promotes accountability by creating the foundation of a comprehensive missing child protocol;
4. It is an effective time critical response to kidnappers who can disappear with children at the rate of a mile per minute;
5. It sends a powerful message to wanna-be kidnappers that this is a community that cares about and protects children;
6. It saves lives.

When an Amber Alert is issued, the broadcast media goes into full swing, informing listeners and viewers of the kidnapped child's name and useful details such as how she looks like, what she was wearing the last time she was seen, and with whom and where or whether she was in a vehicle. Besides this, electronic billboards are used to flash the kidnapped child's name of picture and also the relevant details.
People are kept alert and will be on a look-out.

It must be remembered that when a child is abducted, it is always done with sinister design. Having such a system is about saving the child's life before it is too late by forcing the perpetrator to release him/her before he sets out on his torturous binge.

I am certain, with will and commitment, it can work here. What do you think?

Extracted from http://www.nursamad.blogspot.com/
Posted by Jasni AJ at 11:20 PM

BRAVO!!!! This is terrific.I cannot be more agreed as it is so close to my heart to want to do something for Nurin and children out there.

Let's get together and make it happened. Nurin should not be just a passing memory with time.

Let's do this..this is the best idea..at least the public is aware and they can also contribute to channel crucial info..

Let us know how to start asap.

UR PARTICIPATION IS COMPULSORY

Please make it happen!! We must do something for the safety of our children. Do tell us more on how this alert works and how we can offer our help.

Pls email any suggestion to: